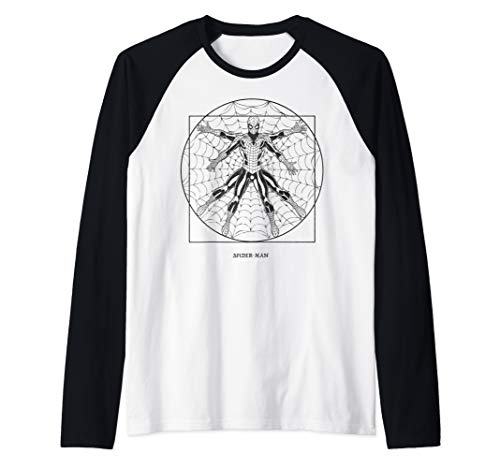 This is a great t-shirt for fans of Marvel's Spider-Man. The hero, in his iconic costume, is shown standing as da Vinci's Vitruvian Man. If you look closely, you'll see that the best part is that the background lines are comprised of spiderwebs.

The Vitruvian Man image, drawn around 1490 and meant to show perfect human proportions, is also sometimes called Proportions of Man.

Instead of being shown in two different positions as in the original famous drawing by da Vinci, the Spider-Man figure in this t-shirt illustration is shown as if he has eight limbs, just like a real spider. Two extra legs and two extra arms make this hero an eight-limbed creature. This is a fun, clever original design that's perfect for fans of Spider-Man! 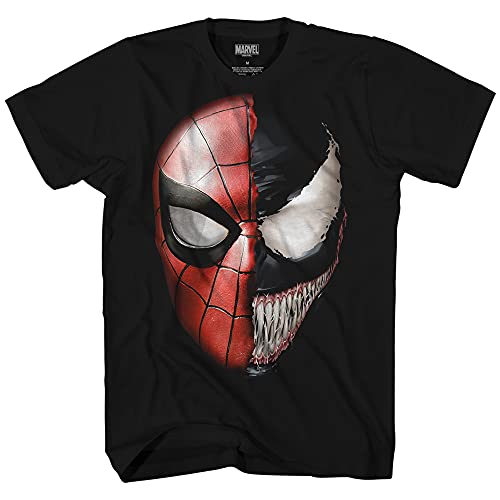 This awesome Marvel character t-shirt features a dual face of Spider-Man and Venom. The images match up perfectly making this a cool graphic shirt for fans of the Marvel properties. 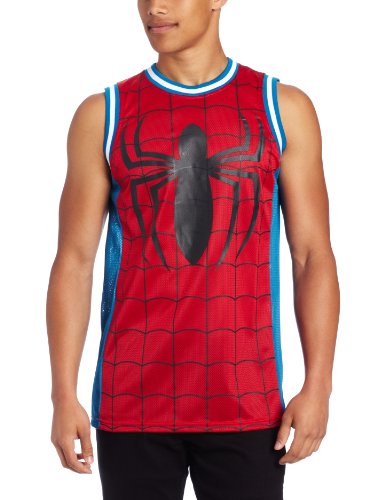 These sleeveless tank tops for men have awesome designs inspired by Marvel characters. The tops, some in basketball jersey style, are designed for sport with tech material. 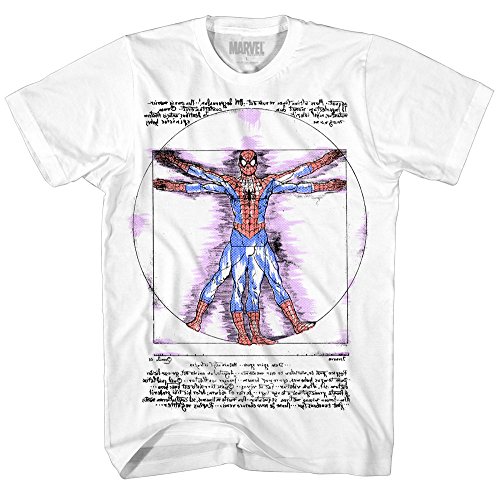 The Vitruvian Man illustration by Leonardo da Vinci is a famous drawing from the Renaissance. It is also known as the Proportions of Man. The ink drawing is based on ideal human body proportions and shows a naked man in two superimposed positions. The famous art piece demostrates...