Fun List: Guardians of the Galaxy Costumes for Kids

Posted in Guardians of the Galaxy

The characters of Guardians of the Galaxy remain popular in our culture. The gang has two films of their own are an important part of the MCU, featuring in both Infinity War and Endgame. Their third title installment is expected to hit theaters in 2023. The fun adventure franchise within a franchise is full of wild characters with wildly different, iconic, crazy looks. Let your kid pick out their favorite character to dress up as for Halloween, or gather a bunch of kids together for an epic superhero group costume. Here are some Guardians of the Galaxy costumes to pick from.

This Star-Lord / Peter Quill costume comes with a muscle-look full-body jumpsuit that has attached shoe-tops. You'll also get a Star-Lord mask. A thrift-store personal cassette player would be a great accessory.

This costume comes with everything you need to dress up as Gamora! You'll even get some green make-up! The costume itself is a jumpsuit which has attached coat and boot-tops. 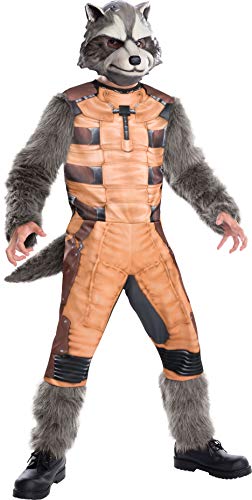 Be the most famous trash panda in the universe for Halloween with this awesome Rocket Raccoon costume. You'll get a full-body jumpsuit with fuzzy raccoon fur sleeves and a Rocket mask. Just add sarcasm to complete the look.

4 Drax from Guardians of the Galaxy Kid's Costume

This fun hero costume comes with a Drax tattoo-and-muscle-look jumpsuit with printed boot tops. You'll also get the Drax mask. Just speak simply and you'll be good to go as Drax!

You are Groot when you put on this fun and detailed costume based on the tree-like creature with the limited vocabulary. This is a full-body jumpsuit with attached shoe-covers and an awesome Groot mask.

6 Guardians of the Galaxy Yondu Costume

You won't need to wear blue face paint with this fun and complete Yondu costume for kids that comes complete with a mask. The jumpsuit covers you from top to toe.

Posted in Top Lists and Guardians of the Galaxy

Add some life-sized whimsy to your home decor with a photorealistic cardboard stand-up of your favorite Marvel Guardians of the Galaxy superhero (or super villain). Stand these up in your office, man-cave, bedroom, den, or media room. These standups are self-supporting so they can stand in the middle... 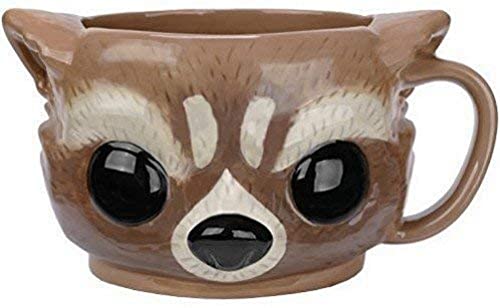 Treat yourself or your favorite Marvel fan to a cool character ceramic mug from Funko Pop Home. These ceramic mugs are inspired by the Funko Pop bobblehead style of character figures, featuring exaggerated cute faces. These mugs are best cared for by hand washing and are not for use in the microwave.

Posted in Groot Action Figures and Guardians of the Galaxy 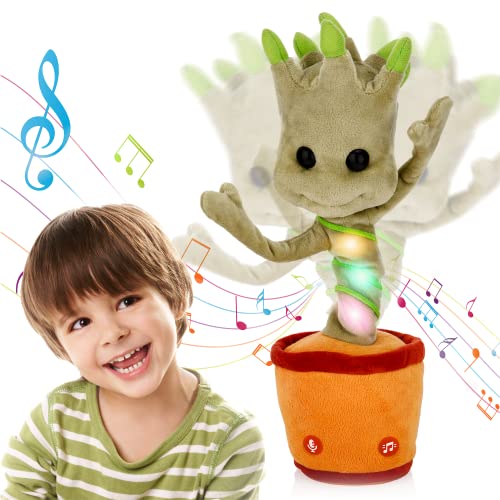 Keep enjoying the cuteness of Baby Groot, even as he grows back up in the MCU, with this adorable dancing Groot figure. This unique dancing figure of Groot is plush and includes a whopping 120 songs!

Posted in Guardians of the Galaxy 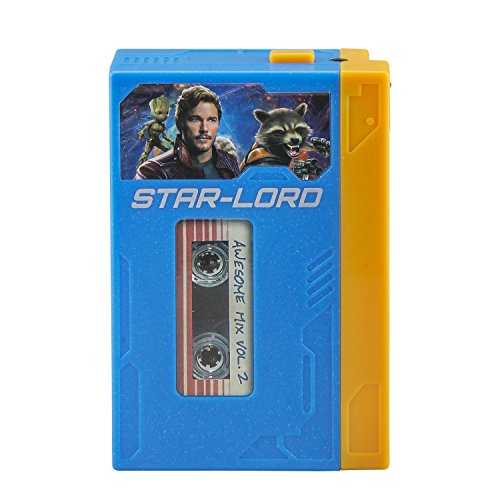 Be careful parents, this one might make you feel old! This music device is styled after a vintage, old school, antique Sony Walkman personal cassette player. The graphics on the device even make it look like the tape that is inside the player is Star Lord's mix tape...