These action figure toys inspired by heroes from the Avengers series are so much fun! These are called mashers for a reason -- you can mash-up all of the figures in this series to make your own superhero! Here are two popular choices: The Incredible Hulk and Captain America.

You can make your own crazy hero figures when you play with Marvel Super Hero Mashers. Legs and arms are detachable in all figures so you can mix up your favorites to make an all-new figure.

The Hulk figure comes with a smashing feature so he can smash villians that get in his way. Hulk also comes with a bunch of accessories, including A-Bomb character head and arm, missile launcher, and Hulk-sized treats including a cheeseburger and a pizza!

Hero Mashers are the most fun when purchased in multiples, because you can exchange arms, legs, and accessories. Pick up this great Cap figure to go along with the Hulk. Captain America comes with fun accessories, including his shield, Beta Ray Bill head and war hammer, and more. 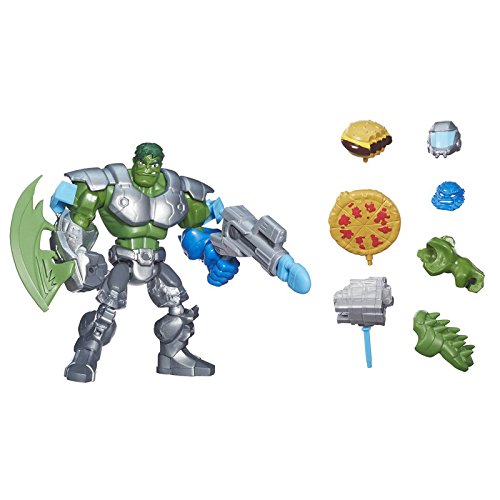 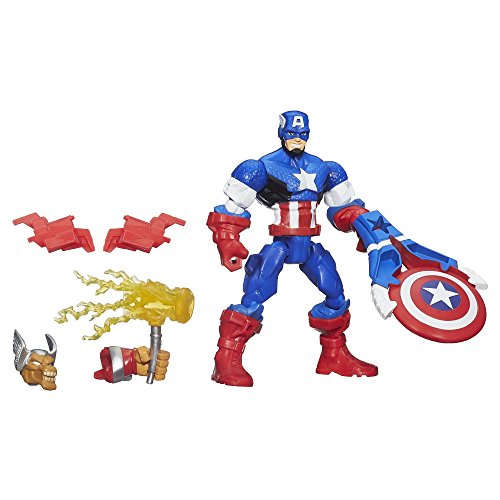 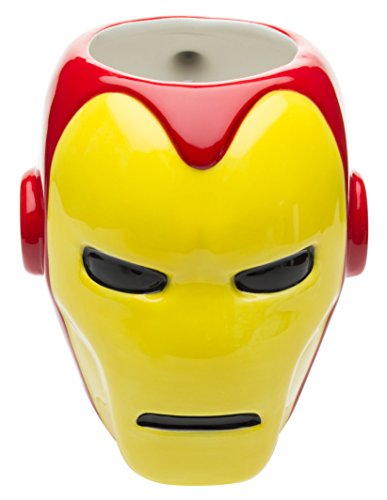 These fun ceramic mugs are all inspired by classic Marvel comics characters. They have taken the shape and coloring of an iconic hero character helmet, mask, or face. Share your morning beverage with a classic superhero! 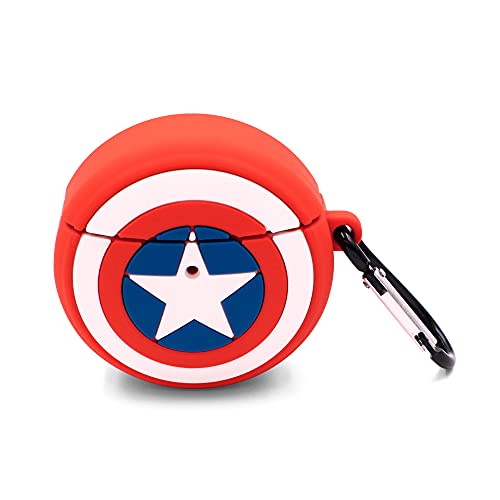 Keep your Apple AirPods safe inside this stylish soft silicone keeper case themed to Captain America. The round case, in the style of Cap's iconic patriotic shield, covers your existing Apple case and has a hole for your charging port.  The case fits snugly and comes with a... 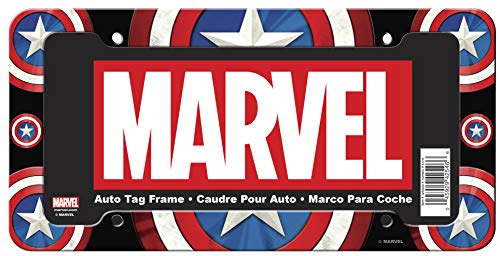 Give your car a superhero makeover when you add this awesome Captain America license plate frame. The colorful and sturdy plastic frame has an all-over repeating pattern featuring Cap's iconic shield logo in red, white, and blue. This is a custom printed license plate frame for fans of... 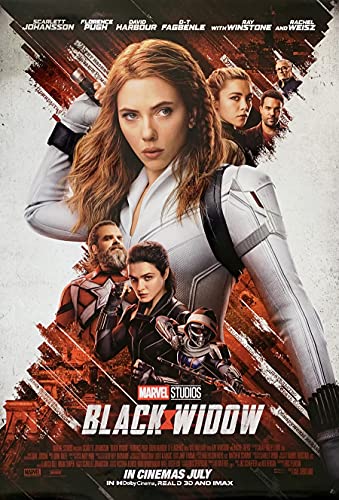 One-sheet movie posters are typically used in cinema display cases to advertise upcoming and current titles. One-sheets measure about 27" by 40" and are easy to find frames for. Marvel fans will love having original theatrical movie posters of their favorite films. Here are some great ones to choose from: